KAM Man Fung : Even Saudi Arabia Is Preparing for “One Country, Two Systems” 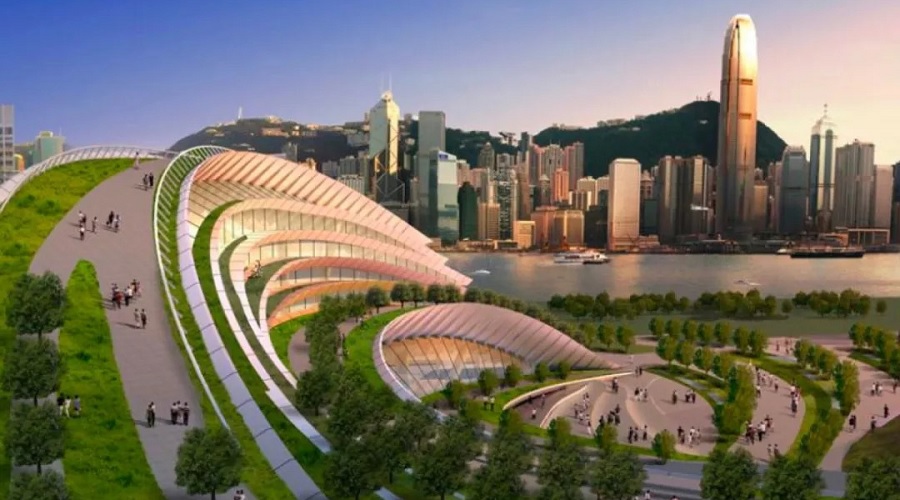 Since the 19th National Congress of the CPC has announced the concept of “China’s new era”, a concept of “New Hong Kong” has been emerged gradually. It marks the beginning of new cycle of the “One Country, Two Systems”, although many Hong Kong people were still in the muddled fettle and being passively or even resisted from “co-location arrangements”, the Greater Bay Area (GBA), residence permit as well as the grand plan of “Belt and Road Initiative”. The development plan of GBA has been promoted and facilitated with many details of the integrative development policies and the coordination of law are to be decided. The application of the residence permit for the people of Hong Kong, Macau and Taiwan implies that, the “boundary citizens” under “One Country, Two Systems” begin to share the equal treatment as mainland citizens have. The citizen ID shown on the residence permits marked the beginning of a new era. Besides, the co-location arrangement comes into effect and the Express Rail Link will be operated within the same month. Meanwhile, the national strategy of “Belt and Road Initiative” now has been implemented for 5 years that directed by an in-depth systematized development plan, within would provide many chances for trade activities and professional deepener , also the expectation of using the unique advantage of Hong Kong to serve the nation would be satisfied likewise.

The aforementioned expectation to the nation is proper and natural for the citizens since it is the reflection of national strategic of “One Country, Two Systems” in the new era. If Hong Kong could comprehend the national new strategy and play the role that is designated properly and contribute to the next round of the reform and opening-up, consequently, not only Hong Kong will gain the second chance for an economic take-off but also “One Country, Two Systems” will be executed as a long-term principle with continuous rational support from the country. As for the residence permit, GBA, as well as the “Belt and Road Initiative”, they would serve as the three most effective pivots for constituting a “new Hong Kong”. The co-location arrangement could provide convenient traffic interconnection in infrastructure which support the three pivots above.

It is generally assumed that “One Country, Two Systems” views the arrangement of privileges from HKSAR citizens as a logical thread. This arrangement meets the strategic needs for peaceful reunification, national modernization as well as internationalization. Before, Hong Kong residents enjoyed equal treatment as foreigners, which was indeed a protection since there were only marginal human rights and public welfare available for mainland citizens. Also, it carried a strong sense of obligation. However, with the sequential development and the promotion of human rights in the Mainland, the previous isolation policy become a barrier for Hong Kong residents’ rights, it hinders people’s “psychological of return” likewise. The residence permit satisfies the equal requirements of Hong Kong citizens living in the mainland, it protects the equal rights of citizens and should be viewed as significant progress made by “One Country, Two Systems”.

The residence permit indicates “citizens’ attributes” clearly. Firstly, there is a specific citizen ID number with the same format as that of mainland citizens Secondly, the residence permit guarantees basic rights and welfare, including the basic public service which reflects the equity comparable to mainland citizens. Thirdly, the application requirements of the residence permit include loyalty and obligation towards the compliance of “nation’s sovereignty, security, honour and interests”, any anti-government behaviors may lead to the cancellation of the permit. Lastly, the residence permit is the legal identification card for Hong Kong, Macau and Taiwan residents in the Mainland and the holder shall receive the protection and relevant service from authorities at all levels in the Mainland.

Will Hong Kong disappear behind the GBA? The answer to this question is yes, but Hong Kong would set itself with a new identity and destiny. As the “Hong Kong City-State Theory” is viewed as the prelude of the Hong Kong Independence Movement and with the rise of the pan-nativism, the nationalism that from the North was spiritually resisted. I have thoroughly researched on the differences between the “marine regime” that following the British colonization and the “land regime” in the mainland China. I also realized that even the GBA could produce unprecedented economic dividends as well as opportunities of development, it is difficult for the Mainland and Hong Kong to reach a spiritual consensus in the legal systems.

Given the persistent resistance to co-location arrangement from the legal professions in Hong Kong, the legitimacy of this arrangement has been doubted, the fears as well as worries towards the state authority and the land law behind the Express Rail Link were also expressed by the Hong Kong citizens. The GBA could give two solutions to these problems: firstly, GBA could be viewed as the “marine” characteristic. It is the most dynamic and free economic zone being introduced by China’s reform and opening policy, and also where could best integrate with Hong Kong terms of geopolitics, language, culture as well as economy. Secondly, the essence of the national spirit in revitalization and reform under the circumstances of globalization is to stay open in different legal systems and accepting the marine regime as part of the components. To establish a new legal system and civilization, the walls between the different legal systems should be broken. Hence, GBA would become a showcase for a successful integration of marine regime and land regime and of which the spirit, as well as the legal system of Hong Kong, could play a salient role in it.

With the integrative development of different areas in GBA, the civilization of public service, social norms, as well as the lifestyles of the citizens are becoming similar. As the original borderline of “One Country, Two Systems”, the Shenzhen River, might be shifted to the GBA at a later stage, people would adopt to a habit of thinking from the GBA accordingly.

In a sense, the US-China trade war was produced by the “Belt and Road Initiative” strategy. Since the US was accustomed to a “Pax Americana” and the super-power as well as the dividends that following the Age of Discovery, which is in contrast with the “Pax China” introduced by “Belt and Road Initiative”. The nature of the US-China trade war is neither about trade nor technology, it is about the world system and the power of governance in the world. The “Thucydides’ trap” is the westernized art of war and philosophy of power, it serves as the guiding ideology and political forecast behind the US-China trade war, yet it might not conform to the pursuit of peaceful development in the oriental. By “Belt and Road Initiative”, people are exploring a new modern road to the development that reveals to hegemonic nature of the westernized globalization and the moral defects in the supply of public goods.

“Belt and Road Initiative” is the ethnical integration of Chinese classical cosmopolitanism and Marxism internationalism, together with the real practice of global liberalism after the reform and opening strategy has been executed for forty years. Many Hong Kong and the Mainland China people have misinterpreted “Belt and Road Initiative” the meaning of resulting of conflicts of civilization in the US-China trade war.

As the establishment of GBA is an opportunity for Hong Kong to integrate into the nation, and “Belt and Road Initiative” is a global opportunity for introducing “the Second Globalization”, Hong Kong should not only join the US-led globalization but also proactively take part in the China-led globalization, to become a super-connector between the two systems. It should be an appropriate way to boost peace and development for Hong Kong and the world beyond.