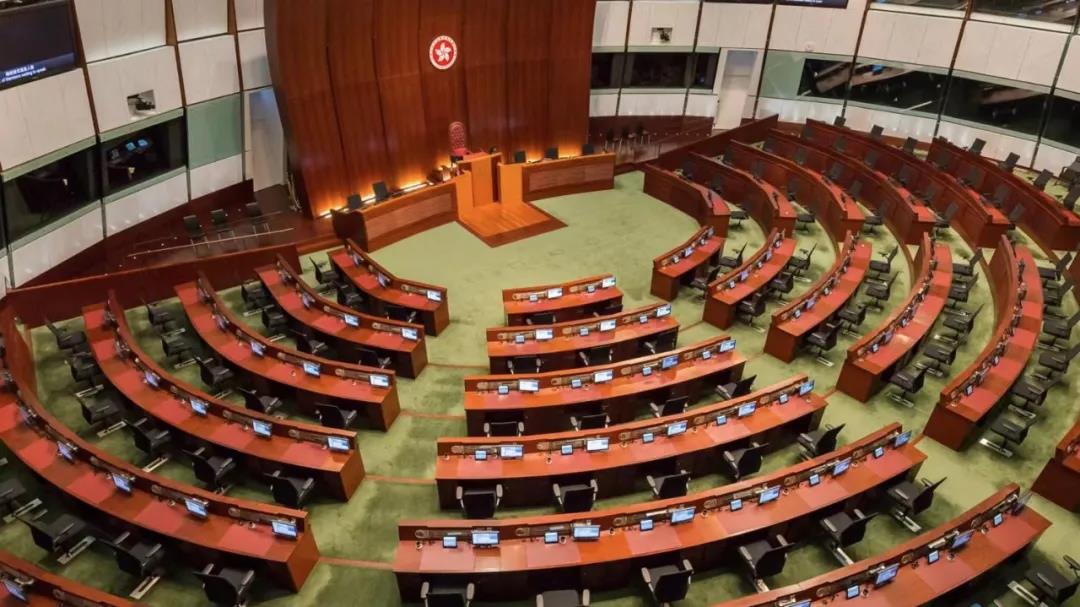 This article was the author’s speech at the Symposium of “Strengthening Confidence in True Democracy” held by the Office of the Commissioner of the Ministry of Foreign Affairs of the People’s Republic of China in the Hong Kong Special Administrative Region on Dec 9.

Having grown up in Hong Kong, I have witnessed the frequent distortion of the word “democracy” and the consequent deep division it caused. Opposition politicians called themselves “pan-democrats”, effectively labeling other political parties or politicians as “nondemocratic” or even “antidemocratic”. This was an intentional distortion or even an insult to not only the parties and politicians concerned but also their supporters. Does it make sense that a large number of voters vote for someone who is labeled “antidemocratic”, or someone who works against their interests?

The “Summit for Democracy”, put together by the US government, served the same divisive purpose, but on a much larger scale. US President Joe Biden said at the opening of the “summit” that “No democracy is perfect…” and that the “summit” offered the US an opportunity to showcase the ability to “acknowledge (democracy’s) imperfections and confront them openly and transparently”. Such a degree of hypocrisy is appalling. It doesn’t take a virtual summit for the US to learn its shortcomings. It needs only to look back on its own history. In the past 50 years, this country has invaded other nations more than any other in the world under the guise of democracy. Its invasions not only caused tremendous damage to countries but also caused massive hatred and killings and pushed numerous innocent people into an abyss of misery and suffering. In fact, just 3 months ago, the US pulled its troops out of Afghanistan, causing chaos and the death of some Afghan civilians.

Democracy is a common value shared by all humanity. Similar to other values, different countries would define, conceive differently, or have a different focus on the same idea because of the varying historical, cultural and religious backgrounds. Over recent decades, Western countries have generally limited democracy narratives on the confines of electoral democracy, and whether or not there are direct elections or “one person, one vote”. Democracy is simply defined as the election of the executive and legislature at various levels. Excessive elections can breed money politics and corruption. In the US, the 2020 presidential and congressional elections cost $14 billion, or two times that of 2016 and three times that of 2008. The cost of the presidential election alone reached a staggering $6.6 billion.

As a type of electoral system, “one person, one vote” is not a problem in itself. When the people of a country have basic shared beliefs and democratic qualities, “one person, one vote” or “majority rules” may be a way to resolve disputes. However, there have been unprecedented rifts caused by ideological, racial, and religious conflicts among political parties in the last decade. From the struggle between the “red shirt” and “yellow shirt” camps in Thailand to the riots on the US’ Capitol Hill triggered by disputes over last year’s presidential election results, it is evident that “one person, one vote” elections would intensify rather than alleviate conflicts in a society that is already fragmented.

Modern politics has evolved from class politics to much more complicated versions of religious, racial, gender and identity politics. Such complex political realities are disregarded in the “one person, one vote” electoral system. Indeed, voting can be manipulated as results can be controlled by giant businesses while politicians fan the flame of rift. What does it mean for a political party to come to power with 51 percent of votes in a country where there is a serious rift? It would possibly further incite widespread discontent of voters who cast the other 49 percent of votes. Even worse, some opportunistic and irresponsible politicians deliberately stir up social conflict and are willing to get a million of voters infuriated in order to secure 2 million votes. Donald Trump is such a politician with wicked political skills.

While electoral democracy is causing more and more problems and its merits have been increasingly questioned, China’s “whole-process people’s democracy”, as raised by President Xi Jinping, has demonstrated the superiority of the socialist system with Chinese characteristics and offered lessons for other countries. In stark contrast with the US, which is full of games of “money politics”, “rule of the minority elite” and “vetocracy”, China’s democratic system has obvious strengths. The “whole-process people’s democracy” includes democratic elections, consultations, decision-making, management, and oversight, thereby attaining both process-oriented and results-oriented democracy. If the people are awakened only to cast a vote but become dormant afterward, that is not true democracy. If the people are favored during electoral campaigning but are ignored afterward, that is not true democracy.

The concept of “whole-process people’s democracy” is also of great relevance to Hong Kong, where “one country, two systems” is implemented. In the past, progress in our electoral system was measured only by the proportion of directly elected seats returned by geographical constituency. The trade-based functional constituency was labeled as “conservative” or “undemocratic”. It is heart-wrenching that many of the flaws and disorders of American politics have occurred in Hong Kong because of the intervention of external forces and their collaboration with local subversives. For example, the checks-and-balances mechanism has turned into “vetocracy”, which was fully exposed in the last legislative session, when opposition lawmakers resorted to a “mutual-destruction” tactic. In 2019-20, a large number of anti-China elements and proxies of foreign forces frequently disrupted the legislature with various filibustering tactics, hindering the Hong Kong Special Administrative Region government’s governance.

I worked in the HKSAR government before and witnessed an enormous amount of time and energy spent by the authorities in proposing electoral reform every five years. Such works inevitably made it difficult for the government to focus on pressing issues such as people’s livelihoods, economic development and the city’s integration with the mainland. Pushing for political reform merely caused serious rifts within the community and a greater distrust toward the central government and mainland people. Fortunately, the National People’s Congress passed a decision in March to improve Hong Kong’s electoral system to ensure “patriots administering Hong Kong”, curbing the controversy over Hong Kong’s electoral system.

As a Basic Law scholar, I am pleased to see that the new electoral system reflects the original design of Hong Kong’s political system, which is executive-led, with checks and balances between the executive and the legislature and balanced participation by all parties. These important guiding principles in drafting the Basic Law are upheld in the new system. With a large number of young and fresh faces participating in the coming LegCo election, we look forward to healthy competition among candidates and more debates on policy preference, good governance and solutions for the city’s deep-seated problems.

The author is founder and chairman of the One Country Two System Youth Forum based in Hong Kong.
The original article was published in China Daily (Dec 15, 2021).