Henry K C HO : “One Country, Two Systems” Should Never be a Monologue 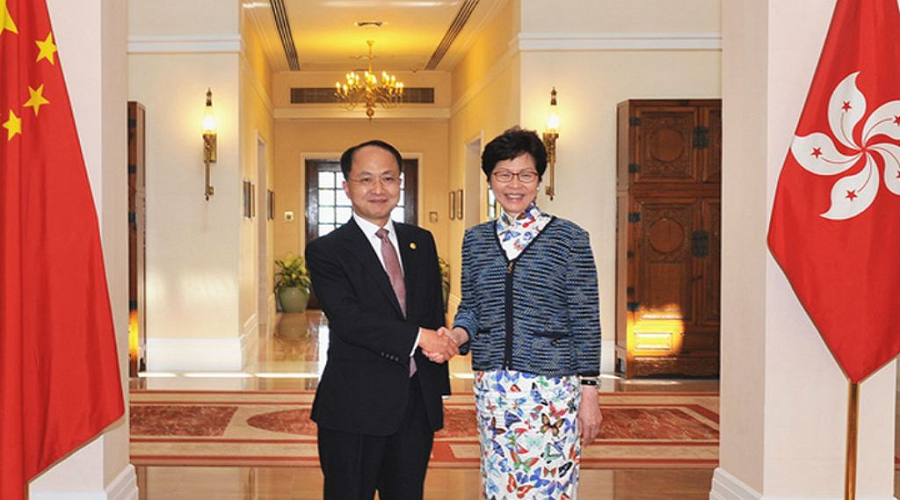 The director of the Liaison Office of the Central People’s Government (CPGLO) in Hong Kong, Mr. Wang Zhimin, has recently published an article titled “Understanding the New Positioning of ‘One Country, Two Systems’ and Dealing with the Six Important Relationships Properly” in the Mainland Chinese magazine Qiu Shi. Having worked in Hong Kong and Macau affairs for nearly 20 years and especially long in youth affairs, Mr. Wang maintains close relationships with people in various circles in Hong Kong. Thus, as a chief representative of the central government in Hong Kong, Mr. Wang’s article could be viewed as a kind of “policy address” concerning the next few years. In that light, if people and political analysts in Hong Kong view it as an ordinary article related to the 19th National Congress of the Communist Party of China, as the saying goes in Cantonese, it would be like “catching a deer but not untying its antler.”

That final relationship can be summarized in three imperatives: to respect the system, to pay attention to people’s mind-set, and to put oneself in others’ shoes. Above all, it is a two-way relationship. For Mainland China, that means respecting the capitalist system in Hong Kong and approaching Hong Kong affairs pragmatically, or what could be called dealing with Hong Kong affairs with a Hong Kong mind-set. For Hong Kong, it means respecting the socialist system in Mainland China and understanding the Beijing mind-set used to settle mainland affairs. Taken together, it is paramount for all to ponder questions from a national perspective and to consider whether our policies could harm the nation’s interests or give rise to conflicts between fellow citizens in Hong Kong and the Mainland.

However, the other more significant implication comes to light in the second half of the article. There, Mr. Wang writes that Hong Kong people, especially ones who assume the responsibilities of governing Hong Kong, need to understand the Beijing mind-set and mainland way of governance well. In a sense, the statement puts the government officers of the HKSAR on alert. In fact, civil servants at all levels in Hong Kong attend seminars on national conditions and participate in exchange activities in the Mainland —indeed, the training on basic law is widespread and more comprehensive than before—why then do government officers in Hong Kong continue to face criticisms about how they work with the Mainland?

Having once served in the HKSAR government, I have had numerous occasions to communicate with officials as well as scholars in the Mainland in recent years. The shared view among the officials and the scholars concerning Hong Kong people is that they are professional in their work but too meticulous when it comes to trivial matters, even to the point of seeming to fail to see the forest for the trees and to appraise situations as they relate to the big picture. The main reasons, to name a few, include the legacy of colonized thinking from British rule, and the uniqueness as well as the limitations of the practice of the “One Country, Two Systems”.

The best example of “Hong Kong Mindset” is how Hong Kong engages in the national Five-Year Plan, which it has officially started since 2010. The plan is well-deliberated involving several rounds of consultation in its decision-making process. Its target indicators are largely defined as “mandatory”; for example, if a province, a city, or any ministry fails to fulfill the tasks assigned by the plan within five years, then the officials in charge will be held accountable. As Hong Kong maintains a capitalist system, it is rather difficult to implement the Five-Year Plan in the same manner as in the Mainland.

The problem is that the HKSAR government is currently involved in a game played by actors in the central and local governments. Many civil servants in Hong Kong are keen to fight for the rights and benefits of Hong Kong while ignoring the overall national interests. At the beginning of each new term of Government, some planned policies by the previous Administration have remained unfinished, and there was lack of clear and public explanation. For instance, when different “competitive industries” for Hong Kong have been proposed by different Chief Executives, the central government has demonstrated confusion in assisting and facilitating Hong Kong’s industries. Since Hong Kong has to fit into the large picture of national development, should its general direction align with the national Five-Year Plan or the Chief Executive’s five-year-term? How can the two five-year timeframes be balanced? Should the Five-Year Plan proposed by the Macao SAR’s government serve as a reference point? Those questions deserve sustained attention.

The requirement for officials of the HKSAR to know the Beijing mind-set and the mainland way well is not a question concerning ideology but one concerning effective governance. More often than not, people’s mind-sets are fixed and difficult to reshape, and that tendency typically characterizes civil servants. Although the Liaison Office cannot make decisions or enact policy on behalf of the HKSAR government, it is responsible for sustaining Hong Kong’s prosperity and stability as well as the safety and development interests of the nation. The HKSAR Government officers do not need to have the same ideology as their mainland counterparts; however, they should be courageous and capable enough to be involved in matters related to the Mainland and to seek to maximize Hong Kong’s potential for development once national interests have been ensured. This is the common interest and responsibility of the HKSAR and the central government.