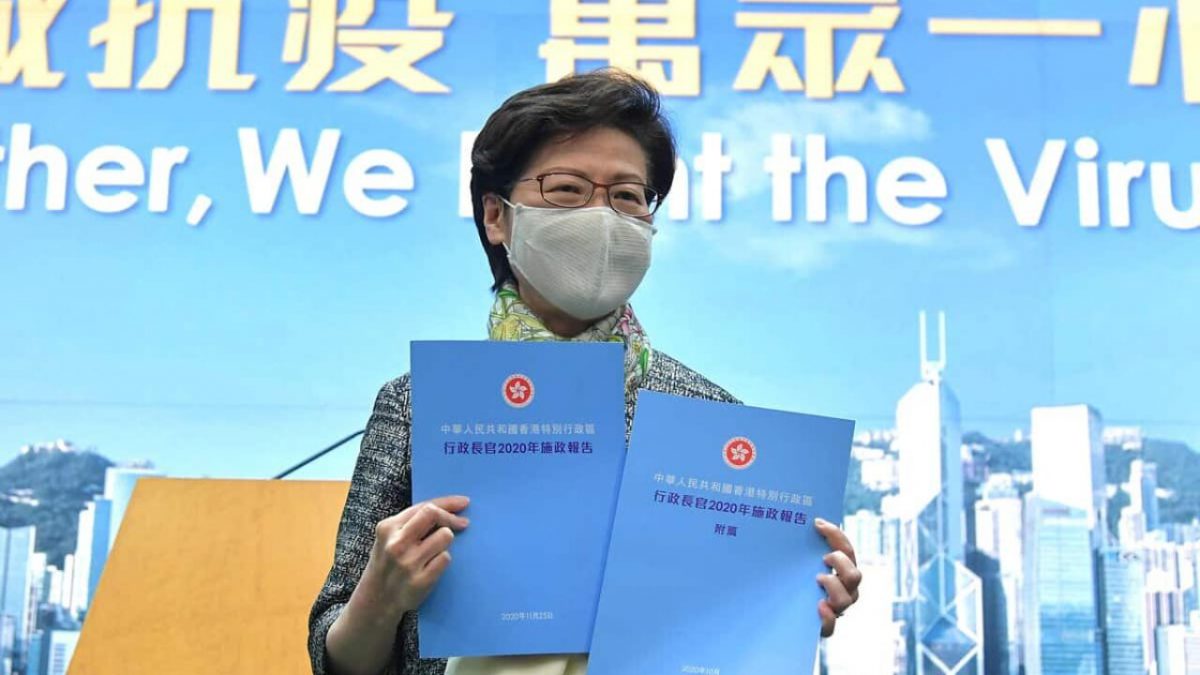 I worked at the Central Policy Unit of the government during the early days of Donald Tsang’s administration. As the government’s top think-tank, one of the Unit’s key functions was to prepare and draft the annual Policy Address for the Chief Executive. The speech (delivered either in October or January) included a number of new policy measures. Usually, readers also flipped to the end of the speech, where it may include inspiring quotes from philosophers or lyrics from pop-singers. The Unit was disbanded or kind of reorganized in 2017, and this year the Policy Address was announced in November, in order to incorporate more support measures from the central government.

The latest policy address was delivered under a very special context. Last year’s address was unprecedentedly delivered online due to the prolonged riots. This year saw the enactment of the National Security Law, and the mass resignation of the opposition members of LegCo. People of Hong Kong are glad to see the restoration of law and order, both within and outside the LegCo chamber. For the first time in perhaps more than ten years, no members yelled or protested or even threw things toward the chief executive, and law-makers have finally become law-abiders.

Amid numerous new measures covering various policy areas, COVID-19 and the Greater Bay Area remain two key issues of the speech, the former being the greatest challenge in town and the latter being a place for our future, in particular the next generations. The two issues are highly interrelated. Hong Kong’s anti-pandemic measures have been relatively more effective than most countries, but still fall short of the requirements of opening-up our boundary with the Chinese mainland. While there are institutional differences between Hong Kong and the mainland, I think there is still room for improvement regarding our anti-pandemic measures. In short, we need better consistency and stricter enforcement of such policy measures.

Testing and quarantine form the basis of our virus-fighting measures. Yet, we need more consistent and coordinated efforts between the two. For example, passengers traveling from the mainland are required to conduct a COVID-19 test at the airport, but not at the boundary crossings at Shenzhen Bay and Hong Kong-Zhuhai-Macao Bridge Hong Kong ports. With the pandemic well under control in the mainland, those traveling by plane should be treated in the same way as those from land transport. Another inconsistency concerns the quarantine waiver for people coming back from the mainland. This important measure should be welcomed by hundreds of thousands of Hong Kong citizens who live, work or study in the mainland. However, it was only restricted to those who were either in Guangdong or Macao in the past 14 days. We understand that this arrangement originates from the concept of a Guangdong-Hong Kong-Macao health code. Yet, it is becoming clear that opening borders between the three places would not be realized in the near future unless Hong Kong could achieve the goal of “zero infection”.

A science-based anti-pandemic policy would require the government to assess the COVID-19 situation and border control of all places without any political or other considerations. The government has reiterated that the number of imported cases from the mainland has remained zero in the past several months. Thus, from a strictly public health point of view, the waiving of quarantine requirement should extend to the whole of the mainland, including mainland residents. As 14-day quarantine is still required for those traveling from Hong Kong back to the mainland, an influx of tourists is highly unlikely, yet it would help mainland residents to return to Hong Kong for family, work and other compelling reasons.

No measures would be effective without detailed and well-planned enforcement. The experiences in the mainland, which represent the best practices in the world, are readily available for Hong Kong to learn from. A very important concept is the so-called “closed loop”, which prevents visitors from being in contact with the community, from the moment they enter the territory to the end of the 14-day quarantine period. While Hong Kong may find it difficult to implement the concept in full, designated hotels for quarantine and designated vehicles to transport incoming visitors from high risk regions should be implemented as soon as possible.

On the Greater Bay Area, although it is a blueprint promulgated by the central government, it should not be seen as a political project. It would provide viable alternatives for future development for Hong Kong people, be they young people, entrepreneurs or retirees. No cosmopolitan cities in the world could resolve their own problems within their boundaries. The extension of urban areas to rural places has been the norm rather than exception. While Hong Kong is a special administrative region under the “one country, two systems” principle, its integration with the Greater Bay Area, a place with natural connection in terms of culture, language and culinary habits, should make strong economic sense. Therefore, the measures proposed in the Policy Address, including the launch of the Greater Bay Area Youth Employment Scheme to encourage enterprises to recruit and deploy local university graduates to work in the mainland cities of the Greater Bay Area should be supported.

The title of this year’s Policy Address is “Striving Ahead with Renewed Perseverance”. While there are no philosophical quotes nor lyrics toward the end of the speech, Carrie Lam’s intention to turn a new page for Hong Kong is clear, including controlling the pandemic, reviving the economy and rebuilding Hong Kong’s international reputation and people’s confidence in the future. With the full support of the central government on various fronts, Hong Kong is ready for a re-launch, but it would take every citizen to contribute his or her fair share.