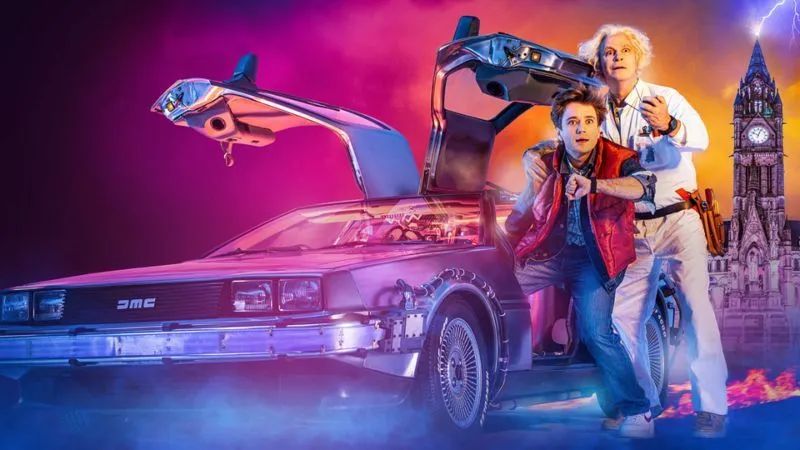 Starring Michael J Fox, the American science fiction film Back to the Future was released in 1985 and became one of the best-selling fiction movies in the history of the US. Incidentally, 1985 marked the beginning of the drafting of Hong Kong’s Basic Law, a constitutional document that allows Hong Kong to enjoy the unprecedented arrangement of “one country, two systems” for 50 years. Fox traveled back to his parents’ “good old days” of 30 years ago via a time machine and struggled to return to the present in order to remain in existence. Those waving British colonial flags in Hong Kong streets may seek illusory comfort through this movie. But is there a reliable time machine that links the past to the future of Hong Kong? The speech on Monday by Zhang Xiaoming, deputy director of the Hong Kong and Macao Affairs Office of the State Council, may have spelled out the manual.

At the online conference commemorating the 30th anniversary of the promulgation of the HKSAR Basic Law, Zhang explained the necessity of the national security law for Hong Kong to be enacted by the National People’s Congress Standing Committee (NPCSC). Four key questions were posed in the speech, each deserving serious attention by fellow Hong Kong residents. The first one concerns the original intent of “one country, two systems”: It is designed not only to preserve Hong Kong’s prosperity and stability, but more importantly, to ensure national sovereignty, security and developmental interest in order to achieve complete unification of the country. Interference from internal and external forces after Hong Kong’s reunification with the mainland was indeed inevitable, as envisaged by Deng Xiaoping. These concerns were already addressed in the design of the Basic Law, which allows the promulgation of national laws by the NPCSC on matters outside the limits of the autonomy of the SAR. National security is no doubt one of these matters.

Zhang elaborated on why the central authorities took this unprecedented move at this particular moment. Firstly, the riots over the past year have clearly shown that the threat to national security in Hong Kong is real rather than hypothetical or imagined. The failure of the SAR to enact a national security law according to Article 23 of the Basic Law is another reason for the NPC to take action. The enactment of the National Anthem Law, another national law listed in Annex III of the Basic Law, saw brutal obstruction by the opposition camp. Not only the bill itself but the legislature was put to a halt for more than six months. As Zhang said, no one should mistake “the central government’s restraint and forbearance for weakness and timidity”. The third question posed by Zhang concerns the impact and implications of the national security law. It targets four types of acts and activities that pose the most serious threat to national security, including separatism, subversion of State power, organizing or carrying out terrorist activities, and external interference in Hong Kong affairs. The new law will not undermine any fundamental rights of Hong Kong’s residents. On the contrary, it will facilitate the exercise of such rights by ensuring a peaceful and safe environment which is free of violence, vandalism and assaults on people with different opinions.

The final question (and its answers) was no doubt the most important one. It concerns the future of Hong Kong. Are we going to have more or less freedom in the future? How will Hong Kong fare in the years leading to 2047? While skeptics and the opposition camp mourn for “the loss of freedom and autonomy” or “the end of Hong Kong”, Zhang is confident that Hong Kong, as an international financial center, will thrive as the mainland’s economy maintains fast development. There is no reason to worry about the future of Hong Kong with strong backing of the motherland. With national security being secured, Hong Kong will enjoy greater potential for development under the “one country, two systems” framework.

Hong Kong has been sick since last June. Healing can only come with a correct diagnosis. We have been talking about Hong Kong’s deep-seated problems, including high home prices, lack of upward social mobility for young people, and the wealth gap. These are common problems for modern world cities. Hong Kong’s core problem, as Zhang correctly pointed out, is political in nature. It essentially boils down to two questions: Should Hong Kong position itself as a modern city contributing to the country’s development, or as the bridgehead for anti-China forces to subvert the socialist system? Should we Hong Kong people cherish our rights and freedoms and stop demonizing our nation and the central government?

A patient may like to hear the word “pneumonia” instead of “cancer” from his doctor. But a placebo is never the cure. Our education, our irresponsible politicians and our lopsided media and social media remain the root cause of social chaos in Hong Kong. Every sensible resident should say no to the “burn together” mentality, which could only damage Hong Kong in terms of economic development, political stability and, sadly, our very moral standards.

Deep-seated problems do deserve our attention, but the solutions lie on the mainland, in particular the Guangdong-Hong Kong-Macao Greater Bay Area. Hong Kong is constrained by its physical size, market size and the number of talents available. In fact, no cosmopolitan city in the world could thrive without geographic expansion or the support of a vast hinterland. Those believing either independence or a self-sustained economy are not only against the will of 1.4 billion people, but also basic economic theory. The anti-mainland mentality of some young people in Hong Kong witnessed in recent years represents a dangerous trend as we are looking more and more inward, with our vision narrowed to this piece of land of 1,100 square kilometers.

Time-machine travel may be fun for Michael J Fox, but Zhang’s speech is indeed a wake-up call for those in Hong Kong who still indulge in colonial nostalgia or even support the separatist movement. The national security law will pave the way for a more healthy and sustainable development of Hong Kong, and with the trust of the central government, Hong Kong will fly higher in the years to come.

The author is the founder and chairman of  One Country Two Systems Youth Forum.