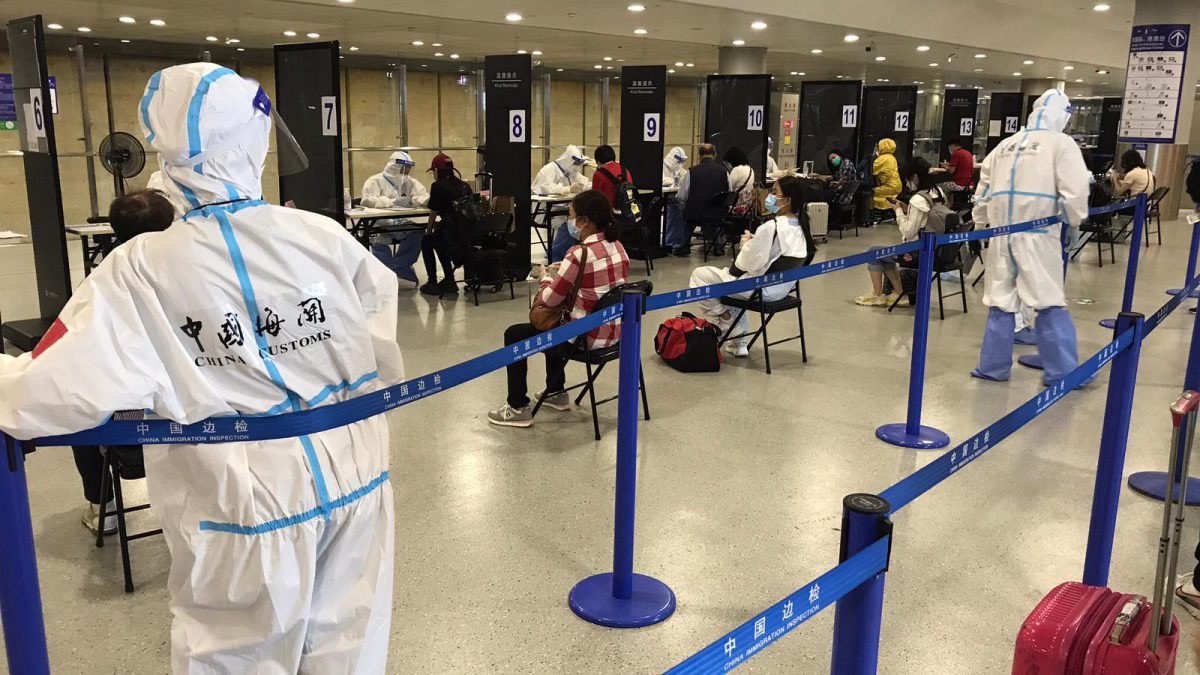 At the time that this article is published, I am receiving the 14-day quarantine at home in Hong Kong, which is the second 14-day quarantine I have experienced.  After finishing a quarantine and travelling across multiple cities in mainland China over the last month, I feel deeply the high efficacy of mainland’s anti-pandemic measures, which reflects the differences between the two systems. Whether it is the anti-pandemic strategies, the role of the governments, or the indicators for assessment, all of them are valuable references for the study of “One Country, Two Systems”.

The Crucial Role of Nationwide System in Trying Times

Testing, quarantine and restrictions are the key components of anti-pandemic measures in both mainland China and Hong Kong, aiming at containing the virus as soon as possible for the resumption of economic activities and personnel exchange across the border.  The key concept in mainland China’s measures is Closed Loop, which is supported by centralised control, enormous resources and effective community management. The crucial part of Closed loop is that those who enter the country is impossible to make any contact with the community, throughout the process of testing, triage and quarantine. I immediately experienced such strict management ever since I arrived at Shanghai Pudong International Airport in late August. It started with lining up to be enquired by the quarantine inspectors, after I received a nasal swab test, I waited at the triage centre and was assigned to designated hotel for quarantine, quickly and methodically. I was also impressed by the professionalism and calmness of Shanghai’s staff towards travellers. Unlike Hong Kong, people in quarantine do not need to put on a tracking wristband in Shanghai, the wholescale supervision is facilitated by the efforts of the whole community. For example, community workers would install a censor on the door, which monitors each day’s number of opening the door for receiving takeaway food and carrying out garbage. Assigned workers are also responsible for collecting the garbage, while the nurses ask me to take temperatures twice daily and reported on WeChat.  Even though one of my friends from Hong Kong has residence in Huizhou, the local community was not willing to pick him up from Shenzhen’s port, he could only receive quarantine at Shenzhen instead of his home as a result. In short, Closed Loop is the key policy, and specific measures or rules are determined by different cities and communities.

The effective prevention and control of Covid-19 in mainland China is attributed to the Officials Accountability System in each province, city and district. Officials from everywhere should try their best efforts to prevent local and imported cases. Large-scale testing would be immediately deployed once a single infected case is discovered. In the early stages, the Central Government has defined the anti-pandemic efforts as a battle, which makes it so important to centralize the organizations and resources, and dispatch them uniformly. Local decision-making departments are called “the headquarters”, in which every citizen is required to follow the orders. When an outbreak occurs in a certain place, the Central Government would support the place by mobilizing resources from elsewhere. Wuhan contained the outbreak in around a month, which is the best proof of nationwide support.

As for testing, anyone can receive a Covid-19 testing in a low testing fee in mainland China. Though I was not required to be tested entering from the Hong Kong Zhuhai Macao Bridge, I still voluntarily received a test in a hospital in Panyu District, Guangzhou, which only cost 77 RMB. The testing result could be printed out eight hours later, which is quite convenient.

Hong Kong, in contrast, is very different from mainland China in respect of testing, quarantine and restrictions. The prominent feature of Hong Kong is slow response, most of the measures cannot be implemented or relaxed in time. Comparing to mainland China’s strict Closed Loop, Hong Kong’s testing and quarantine measures are sometimes unrelated and inconsistent. The third wave of Hong Kong’s virus outbreak was caused by the exemption of testing and quarantine for seaman or aircrew members. While tougher social-distancing measures have been implemented following the outbreak, restaurants are greatly affected by the ongoing crisis.

Comparing the anti-pandemic strategies between mainland China and Hong Kong, resources are mobilized by governments in mainland China, large-scale detections are deployed whenever an infected case is discovered, otherwise everything goes as usual. Hong Kong is led by medical experts, containing the virus by restricting citizens’ daily activities. However, Hong Kong never achieves ‘zero infection’ like mainland China, and the measures are largely determined according to the number of daily infected cases. After half a year since the first case of Covid-19 in Hong Kong, the government still uses the same social-distancing strategy to battle each outbreak, which makes it inevitable for citizens to experience fatigue of following every guideline. Though it is very easy to urge citizens to stay at home, the key of fighting the pandemic is to be flexible, resuming the normal life of citizens in the premise of adequate medical resources.

The “Guangdong-Hong Kong-Macau health code” has been discussed for a long time. Regarding the differences between the systems of Hong Kong and China, it is unrealistic to reopen the two-way boundary crossing only when one of the cities has achieved long-term ‘zero infection’, which also goes against the new normal of living together with the virus.

In conclusion, systemic differences and governance capacity are the major factors when comparing the effectiveness of anti-pandemic measures between mainland China and Hong Kong. Although it might be unfair to criticize Hong Kong’s underachievement of ‘zero infection’ from the view of mainland China’s system, the slow progress of Hong Kong’s anti-pandemic efforts exposes the problems of government’s governance capacity, which should be improved as soon as possible.