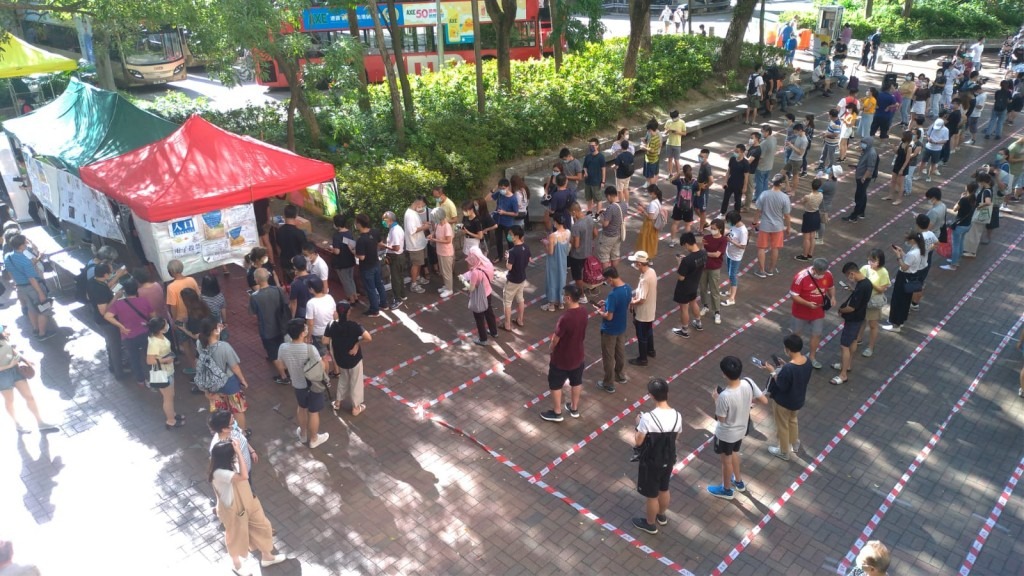 In the previous weekend, the pan-democratic parties held a pre-elimination poll across the districts to screen out the “right” candidates running in the upcoming feisty Legislative Council election after a year of unsettling turmoil in Hong Kong.

The city’s opposition camp united to call on the anti-enactment of national security law and laam chau (mutual-destruction) for voters points to a tough backlash of the new security law. As more than 600,000 citizens participated in the primary election, the result indicates a territory-wide spread of opposition camp’s political stance, a dangerous take-on for the PRC government and pro-Beijing parties.

Recent pro-Beijing voices express their concerns over the so-called primary election might have constituted election fraud by misleading or implying to voters to cast their vote to certain candidates – those who are allegedly being keen supporters of laam chau and anarchy, if the latter fits in the past burning cityscape during protests.

In response to the primary election, the Government states that such election does not exist in any of the legal procedure of Hong Kong law. In other terms, due to the questioning impartiality, it is a doubtful matter whether the results or candidates participating in primary election enjoy the legitimacy as a nail-on-the-board running candidate.

The primary election though, is just the beginning of the plentiful political discussions in the coming months. As China now faces the unprecedented tension with the US in recent years, Hong Kong, as a region that tangles the superpowers’ interests, has global spotlight shed on it. The LegCo election is not only the imaginary “end-game” for localists and pan-dem, but also a signal for Beijing to examine the public attitude on trend while the national security law is doing its job right (or not).

Notable activists like Joshua Wong are also running for this year’s election despite the security law explicitly restricts local politicians infiltrate the authoritative power with foreign influences. Wong has been multiply accused of holding foreign connections and scheming to destroy Beijing’s One Country Two Systems policy-making by local lawmakers and mainland media. Recently, Wong’s political counterpart Nathan Law has already fled overseas and withdrawn from the primary election. Could this mean the “35-plus” campaign face an inevitable reprisal and need for new strategies to slide into the threshold? But if Beijing’s intervention in the election fit in their expectation of laam chau, why did Law have to aboard the election?

Even for those who remain within the border, public controversy arises on whether these opposing candidates should sign the confirmation document which requires candidates to acknowledge Hong Kong is an “inalienable” part of China, support One Country Two Systems and Basic Law. In 2016, currently imprisoned localist Edward Leung was disqualified in that year’s LegCo race even though he had signed the form. The Election Office explained that Leung’s previous public behaviours showed high tendency of sovereignty separation. Hence, the fate of those who won in the primary election still remains unknown.

Not only activists like Wong emphasize such conspiracy against Chinese government out of blue, (and the fact that he is being spied and stalked by anonymous), pan-democratic parties have been alluring the public to vote for them in the name of developing “constitutionally reasonable” means to combat Carrie Lam’s “tyranny”. Seizing a seat at the Council now seems to be their only way to resist from within – although that majorly means filibustering the government’s infrastructure proposals and other pending budgets. Both Beijing and the citizens ought to be aware of radicalisation and enabling extremist candidates from getting a seat at the Council.

Therefore, the confirmation form does not only screen out those who might execute “self-destruction” inside LegCo, but to reassure candidates do not possess the intention to detriment the integrity of China and Hong Kong’s sovereign belonging. Now the Britain has issued what protesters call “parachute”, the BNO citizenship scheme, to Hong Kongers, local politicians and Beijing must rethink about their strategies in balancing national security and public opinions as it might spike an immigration trend in Hong Kong. This September, to win or to surrender? It is a question for both sides. But one thing for sure is that, Hong Kong citizens need to think before they vote than casting a precious ballot to those who would insincerely perform duties at LegCo and be disqualified.

Hong Kong cannot afford another year of flames and fear in their irrational hands.

Hong Kong does not deserve to be burnt with them.