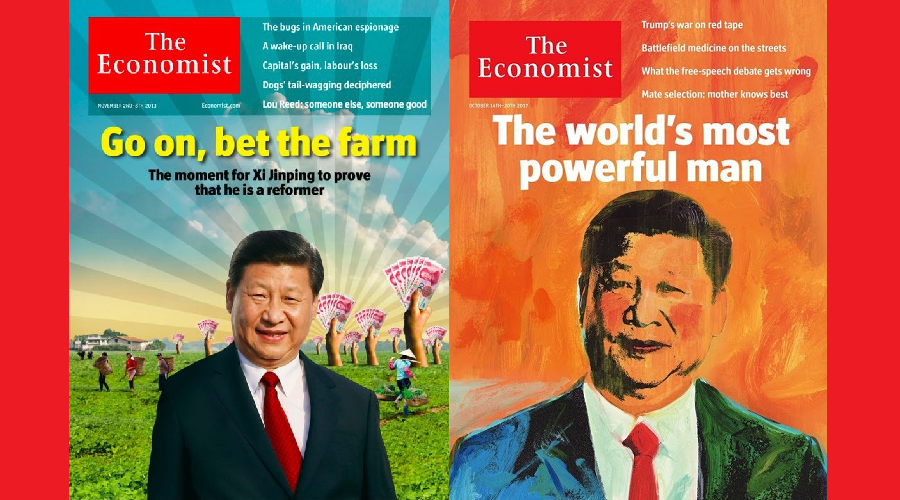 SHANGHAI — As the 19th National Congress of the Communist Party of China draws to a close, analysts are parsing through President Xi Jinping’s 30,000-plus-word report — delivered in a three-and-a-half-hour address without breaks — to decipher the direction of the most populous nation in the world. It is a laborious effort, especially considering the report’s extensive official jargon and policy details.

But there is a much easier way. Read The Economist’s coverage of the congress, which is considerably shorter in length, and bet on the opposite being true. Let me explain.

In October 1992, while the party was holding its 14th Party Congress, The Economist editorialized that the party had “stepped backwards” and called the socialist market economy (which the congress espoused) an “oxymoron.” Five years later in 1997, during the 15th Party Congress, it characterized the gathering as where “hollow promise[s]” were made and broken, from privatization to unemployment goals. Dashing raised expectations was a “recipe for civil strife,” opined the magazine.

At the 16th Party Congress in November 2002, the magazine pronounced that the “familiar policy of trying to muddle through” was no longer an option for a party that faced looming troubles; words such as “crisis” and “unrest” were ominously used. Another five years would pass. The same magazine dutifully expressed dissatisfaction at the lack of reform during the 17th Party Congress: “Politically, little has changed.”

The Economist’s howl reached a crescendo in the fall of 2012; during the 18th Party Congress, China was “unstable at the grassroots, dejected at the middle strata and out of control at the top,” quoting an anonymous source. That could only be outdone by this year’s cover, which warned the world not to “expect Mr. Xi to change China, or the world, for the better.”

When the magazine said China had “stepped backwards” in 1992, it was precisely the year of Deng Xiaoping’s now famous southern tour that launched a new wave of reforms the likes of which the world had never seen in history. The “muddling through” years between 2002 and 2012 saw China’s GDP quadruple and its economy become the world’s largest by purchasing power. The Economist is not alone, of course. It is more or less representative of Western media’s coverage of arguably the most consequential development of our time: the Chinese renaissance.

Now let’s actually look into the content coming from this congress.

Usually a party congress provides a five-year blueprint. What distinguishes this congress is how far into the future it looks. This congress set the timeline for China from today through 2050. The last time we saw this scope in reforms was in the 1980s, when Deng Xiaoping set out to build a “xiaokang society.” Taken from Confucius, “xiaokang” means a country of general prosperity and orderly social norms. Deng set an interim goal of reaching $800-$1,000 annual per capita income by the year 2000. In 1980, Chinese per capita income was $220. A fourfold increase seemed like “vaulting ambition” indeed.

Today, the China that Deng envisioned has arrived and then some. By several measures, China is the most powerful economic engine in the world. Per capita income is approaching $10,000. It’s a burgeoning entrepreneurial society that has created some of the largest companies in the world. China has led improvements in health, education, science and overall standard of living at a speed and scale that is unprecedented in human history.

It is at this historic junction that the current party congress was held. As Xi said at the outset of the congress, the party plans to conclude the “xiaokang” project in the next five years. China stands at a new point of departure. Destination: comprehensive national renaissance. Date of arrival: 2050. This is no “Yes, we can” or “Make America great again” agenda. Xi’s report includes 12 sections, each breaking into numerous parts covering, with mind-boggling specificity, issues including housing, health, science, defense, artificial intelligence and the sharing economy.

Beyond “xiaokang,” the party presents a roadmap for a new 30-year journey to realize the dream of a Chinese renaissance — the plan for a new era of Chinese socialism. The plan — let’s call it the Xi plan, for short — can be broken down into the following four main points.

First, economics. The Xi plan projects the basic realization of socialist modernization by 2035, resulting in a major expansion of the middle class, with continuing growth through 2050. In the Chinese political lexicon, this means becoming the economic and technological equivalent of a developed nation. In GDP per capita terms, this would imply up to three times the current level, to between $20,000 and $30,000. With this performance, China will formally surpass the U.S. well before 2035.

Second, sustainability. Xi pointedly said that the primary contradiction of Chinese society has now shifted from underdevelopment to imbalanced development and sustainability. The Xi plan calls for a concentrated drive to eradicate poverty, as the increasing wealth gap resulting from rapid development is the enemy of long-term sustainability. In the five years since the 18th Party Congress, at least 60 million people were lifted out of poverty. If such a rate is sustained, the tens of millions currently living below the poverty line will all be lifted out of poverty in only a few years.

The environment is, of course, the other threat to sustainability. The Xi plan maps out major structural changes to the economy and energy usage and envisions a substantially cleaner environment in two decades.

Third, expansion. For the rest of the world, China is coming to a theater near you. With the Belt and Road Initiative, which is larger than the Marshall Plan both in size and geography, China brings its considerable experience and capacity in infrastructure-led economic development to a vast number of developing and developed countries alike.

China’s active engagement with the world is based on a qualitatively different proposition than the one championed by the West in the recent past. Instead of a universalist approach seeking to standardize the world with the same set of neoliberal economic and political rules and values, Xi advocates a new version of globalization under which increased interconnectedness does not come at the expense of national sovereignty. He calls for a global “community of common destiny” but one that fosters a competition of ideas, which — given the trouble globalization is in — makes sense.

And last but not least, identity. With the 19th Party Congress, Xi is formally launching a project to provide a new narrative to current events. The prevailing theories that have guided the world’s thinking about the rise and fall of nations no longer make sense. If elections and privatization are the prerequisites to development, why has China succeeded without them, while so many others have failed after taking these prescriptions? In the past 30 years, China has effectively combined socialism and the market economy. In other words, what The Economist called an “oxymoron” has become an extraordinary success.

But how? No leader in the history of the People’s Republic has so emphasized the importance of Chinese traditional culture as Xi. Yet, he is adamant in preserving a Marxist outlook in modern China. Can we weave together a coherent narrative that absorbs modern Marxism into 5,000 years of China’s heritage? China has actually done it before, by absorbing foreign Buddhism into its Confucian cultural polity more than a millennium ago. That process took more than a hundred years. And now it has been more than a century since modern Western ideas, including Marxism, have begun to influence China.

Paradigm shifts in fundamental narratives take a very long time, and China’s is only at its formative stage. Xi seems determined to accelerate the initial phase of this project. He calls it the “sinicization of Marxism.” The exploration of ideas that this entails may be China’s most significant contribution to the 21st century. Not since the European Enlightenment has the world been so hungry for new approaches.

All in all, the party’s ability to adapt to changing times by reinventing itself is extraordinary. Five years ago, corruption was seen as the biggest threat to its hold on power. The 18th Party Congress then engineered a strict anti-corruption campaign, with a breadth and depth few anticipated. China does not have multiparty elections — the Chinese Communist Party is China’s political system. The health of the former is the barometer for the future of the country. All indications at this point are that it remains vital.

We have now come to the space where writers of op-eds like this one tend to hedge bets. I could write a long list of what could go wrong — like a list of risk factors in an IPO prospectus that no one reads. But I will skip it. Given the track record of the party and that of The Economist, my bet is that Xi will indeed “change China, and the world, for the better.”

作者授權轉發
Reproduced with the kind agreement of Mr. Eric Li

This was produced by The WorldPost, a partnership of the Berggruen Institute and The Washington Post. 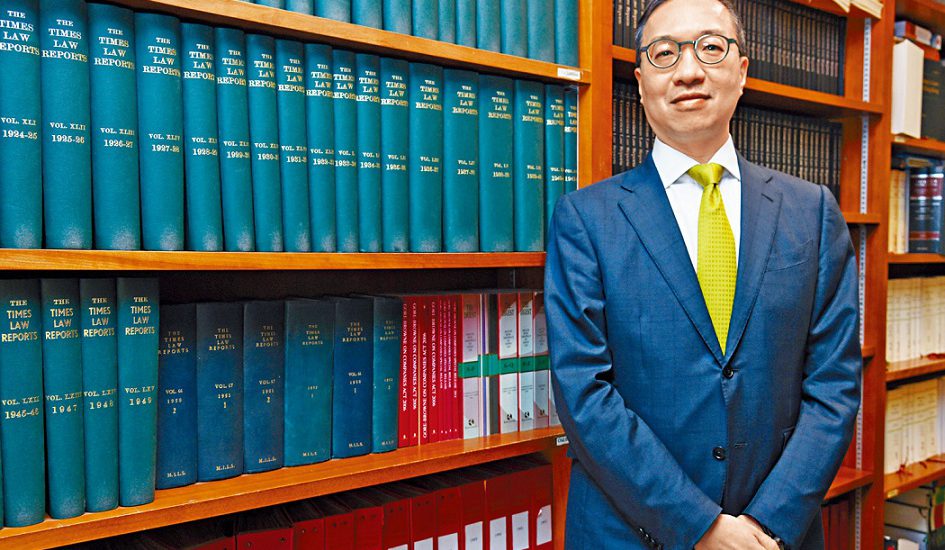 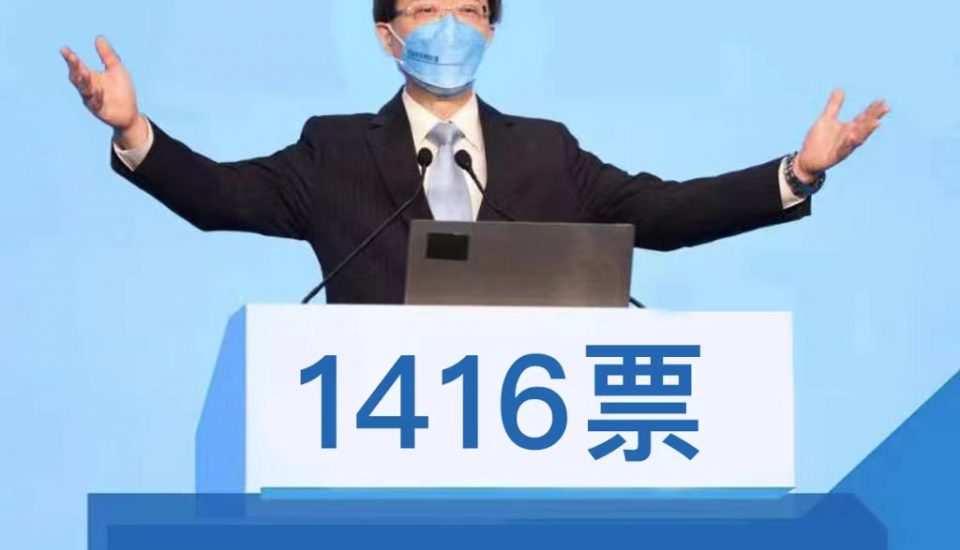 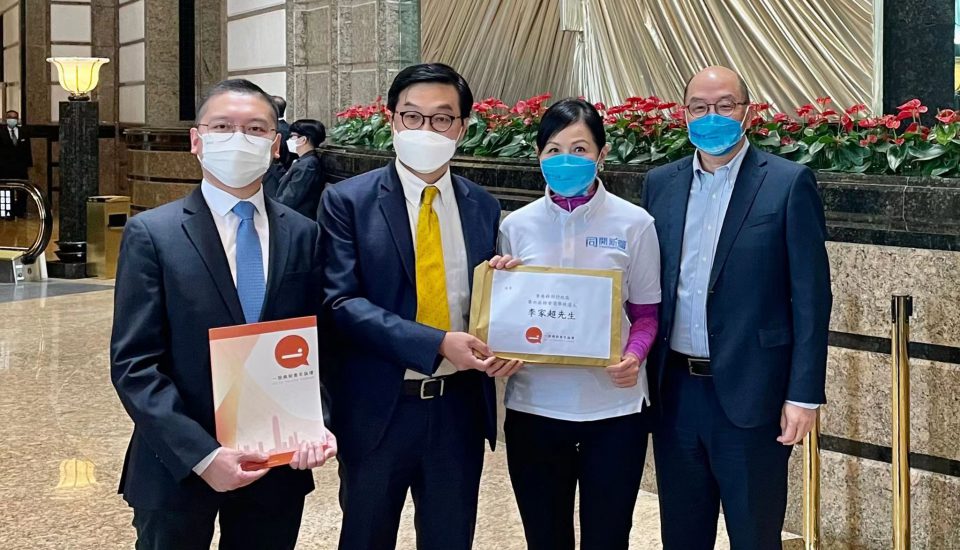