Henry Ho: Snow games can deepen trust between China and the world 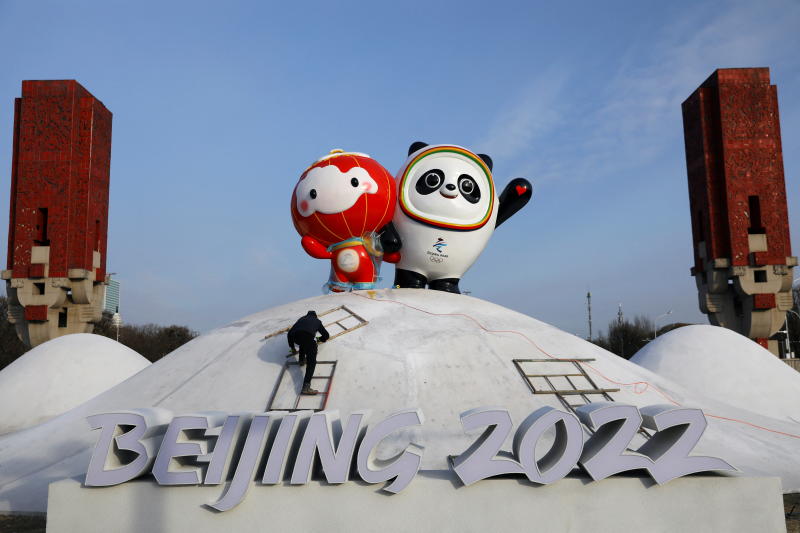 After 14 years, Beijing is playing host to the Olympic Games again. While most Olympic cities in the world suffered staggering financial losses, or were plagued by bribery and other charges, China has spared no efforts in demonstrating to the world its heart-warming hospitality, distinctive culture, and extraordinary capabilities in organizing huge events. At the same time, it has taken this invaluable opportunity to transform the cityscape and benefit its people. Look at the latest development of the Beijing Subway mass transit system, it doubled its mileage to about 200 km before 2008 and expanded three-fold in the next decade. A similar story is unfolding for the Winter Olympics for hilly rural areas.

As a ski lover, I have witnessed these miraculous and magnificent changes. The Beijing Winter Olympics is being held not only in the capital. It extends to the neighboring province of Hebei, literally meaning the north of the Yellow River. When I first visited the ski resorts of Chongli of Zhangjiakou city in 2014, where most of the games are taking place, transportation was a headache. It took about 3 hours for a single trip taxi costing around 1,200 yuan ($188) to the resorts. A much-cheaper rail trip would take around the same time and a transfer to an old type of “green cars” was needed on the journey. A mere 200km journey would have brought you from the glaring lights of the capital’s coolest skyscrapers to a typical countryside of the 1990s.

Conspicuously, Chongli was a poverty-stricken district in the province until 2019. While ski resorts were built in 2014, there were few skiers especially during weekdays. Without high-speed rail or an airport nearby, most visitors drove their vehicles from Beijing. It was the year before China’s successful bid for the Games, and restaurant owners were openly discussing the golden future of the town. While WeChat Pay was still virtually unheard of in this poverty-alleviating district, I recall that a 100-yuan note was enough for a scrumptious dinner with a bottle of baijiu for three to four people.

Chongli’s development was fast-tracked. Transportation time has been cut since a high-speed train can take visitors to the doorsteps of ski resorts in a little more than an hour from Beijing. Disposable income also soared three times between 2010 and 2020. The town’s residents and peasants earned around 37,000 yuan and 13,000 yuan per year respectively, compared with a meagre 13,000 yuan and 3,800 yuan in 2010. The growth is still behind most Chinese cities, but the trend is surging phenomenally.

While skiing is a risk-loving sport and a booming industry in other parts of the world, it has become the significant driver of economic growth in remote and deprived areas of China. Since its successful bid for the Winter Games, China has championed the boom of its “Skiing Economy” as one of the key strategies of poverty alleviation. The number of ski fields rose sharply from 348 in 2012 to 770 in 2019. China has the youngest skiing population in the world, most of which are aged 40s or younger. Even more, middle-class parents are getting in on this skiing “white opium” with their children. In overseas ski-fields, the number of Putonghua-speaking players hitting the snowy slopes has seen a rising trend, in particular in South Korea and Japan.

China may not have the best quality of snow in the world, but its government and people are passionate in popularizing this nouveau sports for tremendous economic and social gains. The Chinese snow sports industry is fast-growing since the entire value-chain of the sport extends from ski field design and construction, resort and catering services, to the staging of national or global competitions. The number of ski resort visitors reached 20.9 million in 2019, representing only 1.5 percent of the population and a huge growth potential for at least the next two decades. Imagine the exponential growth in demand for ski wear, gear and coaches. Many young ski-coaches I met were brought up in nearby rural areas and they have experienced a great transformation in the lives of their families.

If snow sports facilitate the breaking of poverty cycles of northern and northeastern China, the Winter Olympics will hopefully also facilitate some “ice-breaking” between China and the rest of the world. Since the last Beijing Olympics in 2008, China’s GDP has become the world’s second-largest and per capita GDP grew threefold from $4,000 to $12,000. This astonishing growth rate for over 1.4 billion people is unprecedented and would not have been possible without the strong leadership of the ruling party and the “can-do” spirit of peace-loving Chinese people. A Cold-War mentality has grown in many COVID-stricken countries such as the United States. Some Western media and politicians maliciously portray China as a “threat” to the world and have spared no efforts in demonizing the Chinese government and its people.

History can never be repeated. The prosperity of the world’s 7.9-billion population is contingent upon the level of interconnectivity and trust between countries. Former US president, Donald Trump’s approach in launching a trade war with China has proved a complete failure with a record high trade surplus having been registered by China after the US imposed tough tariffs. Without China’s participation, global issues such as pandemic, climate change and anti-terrorism would be difficult, if not impossible to resolve. Snow games foster friendship and deepen trust while a Cold War would destroy both. Let’s revel in the Games and hope the glacier of hostility and unilateralism thaws in the near future.

The original article was published in China Daily (Feb 8, 2022).